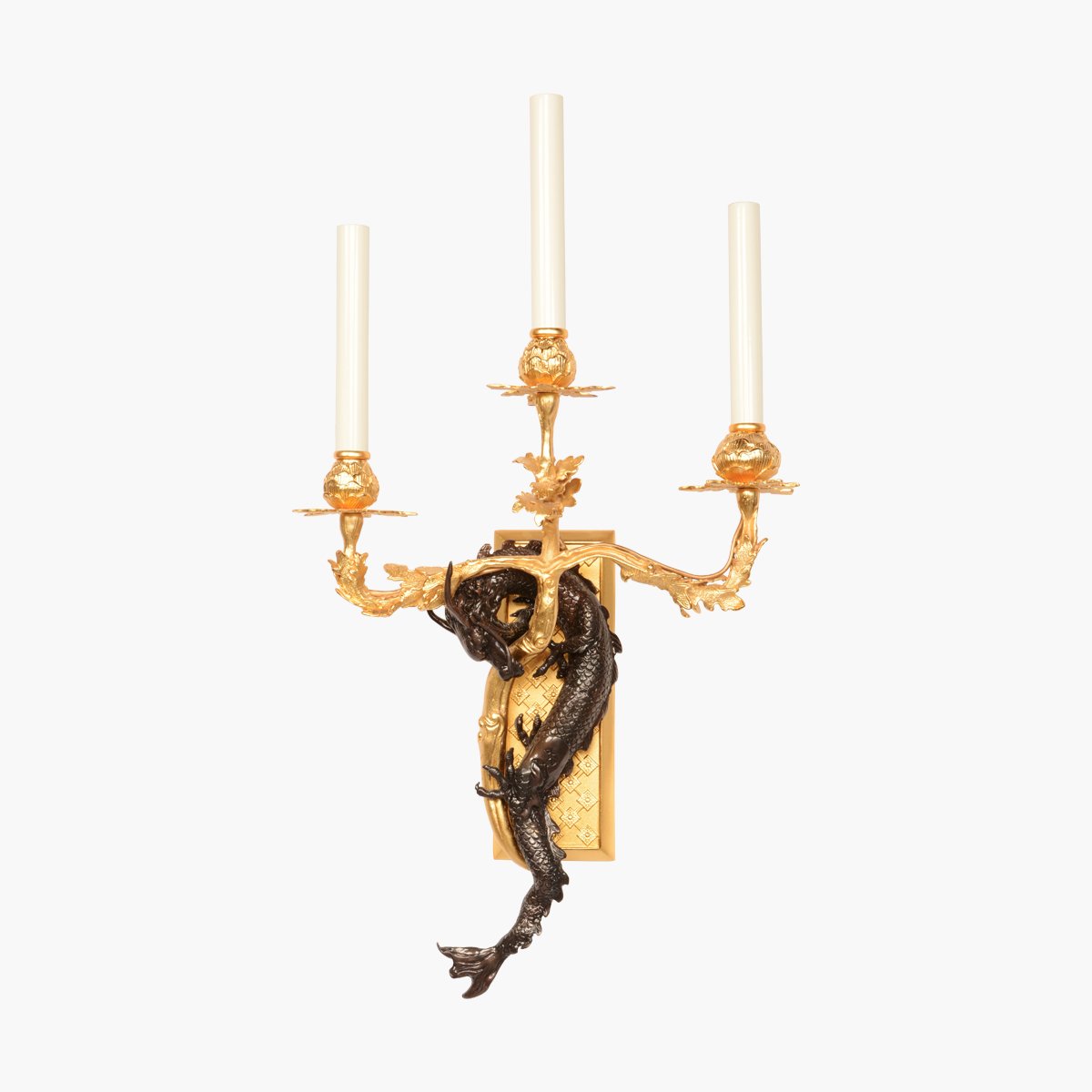 This model is the bold marriage of a floral inspired arm of light, typical of the early 18th century and Louis XV style, and an Asian inspired dragon.
It is composed of a plate from which three arms imitating scrolls covered with leaves, surmounted by a cup in the shape of a starry flower, carrying a wick similar to a Constance Spry rose.
This part of the sconce can be compared to the one in the collection of the Louvre Museum dating from 1740, as well as to the models designed by Besniers and Roettiers in 1740 for the small Gallery of Versailles.
The three arms, however, are less tortuous than their rocky counterparts, to contrast with the dragon’s body that wraps around them. The latter is curled around the scrolls, highlighted by the contrast between its black color and the gold of the rest of the bronze sconce.