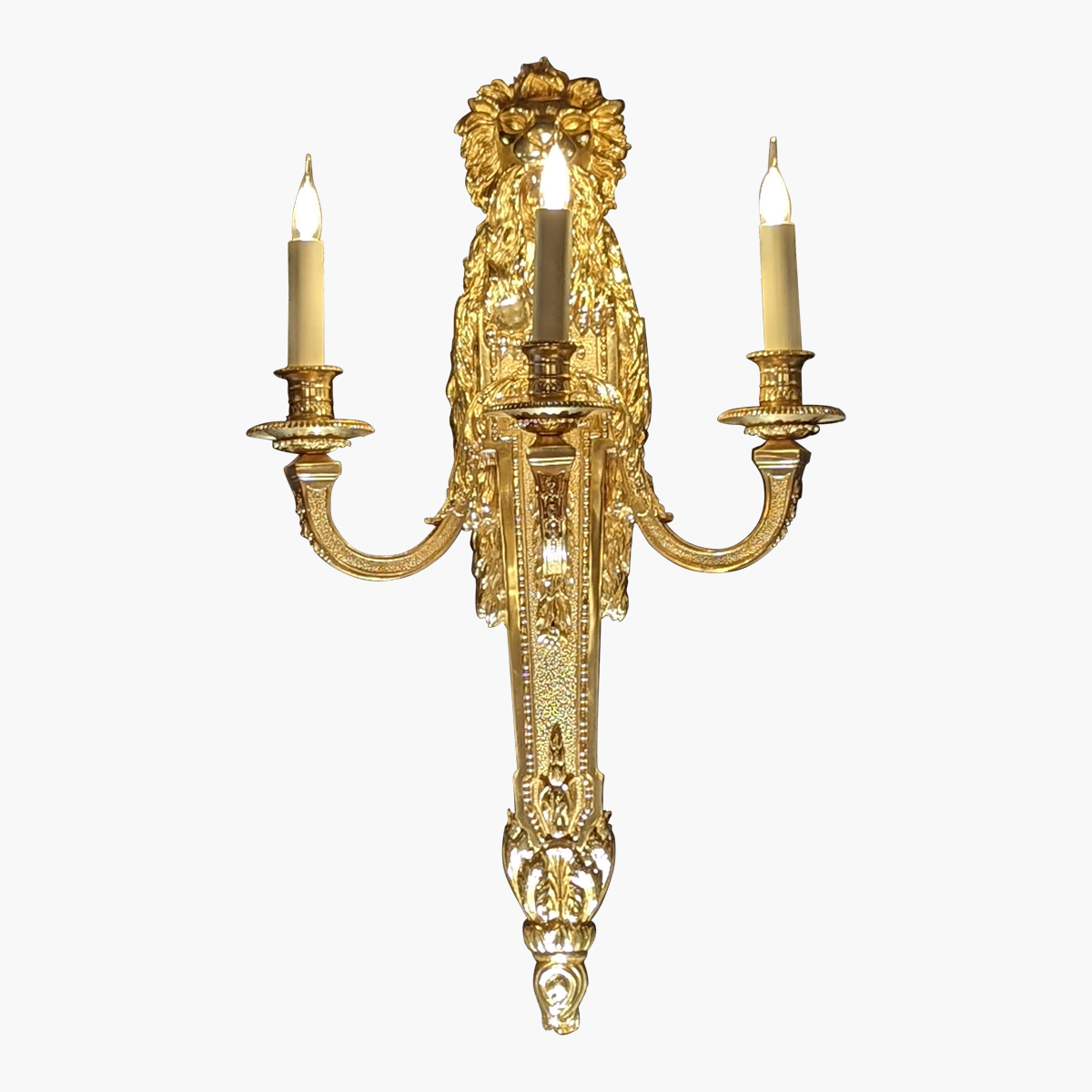 Like many animal motifs, the lion was highly prized by 18th century ornamentalists. It can be found in a 1788 arm of light by Pierre Thomire in the Metropolitan Museum of Art, or in a 1788 arm of light by Louis Gabriel Feloix in the Wallace Collection.
Surmounted by a lion’s head whose mane spreads over the sconce, this model is composed of a chiseled bronze cartouche ending with rocaille ornaments.
Three arms of light rise from the center of the cartouche, emerging from a leaf of palmettes, punctuated by a cup placed on a flower, carrying the wick. The whole, in gilded bronze, mixes neo-classical symmetry and rocaille ornaments, in a synthesis of the Louis XV style.