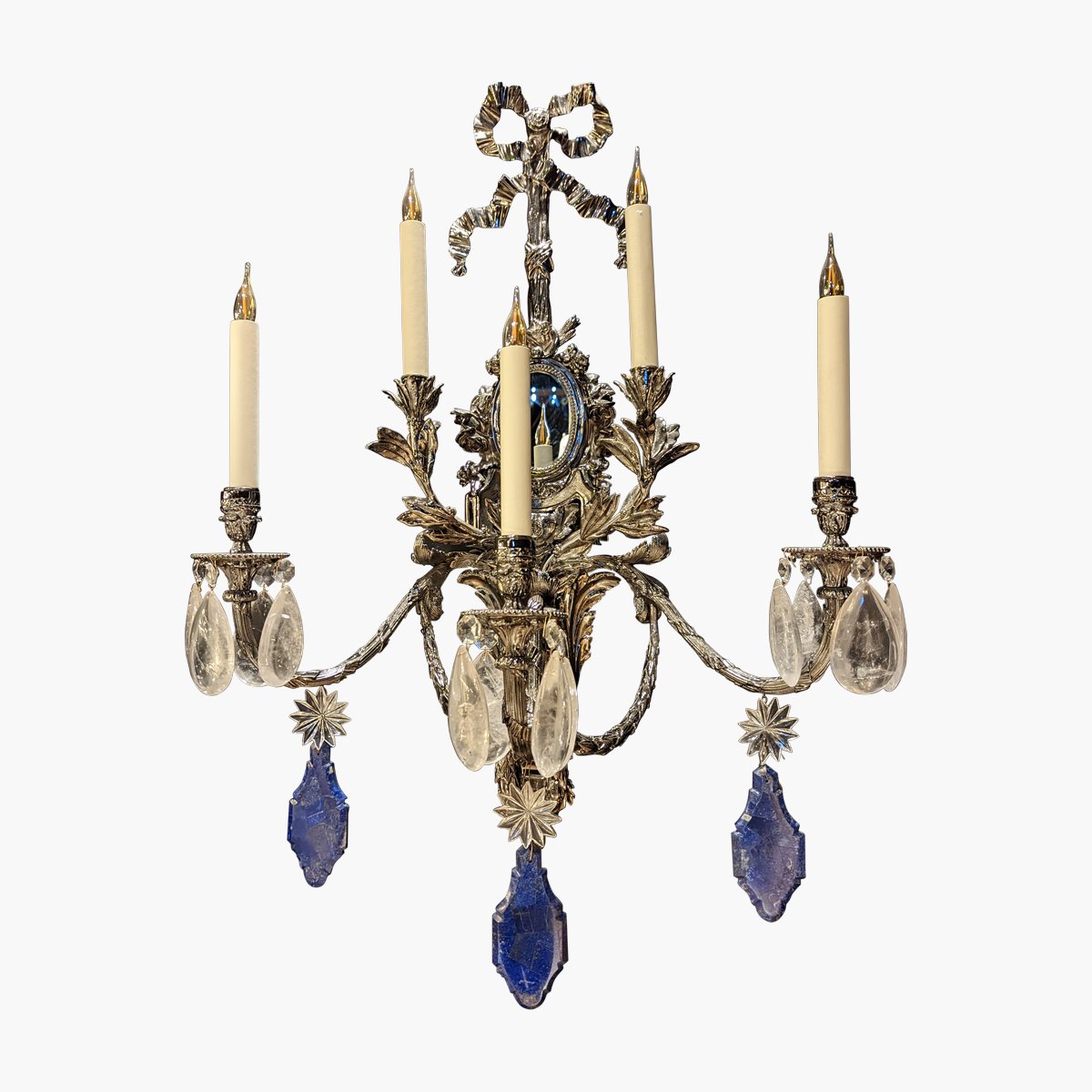 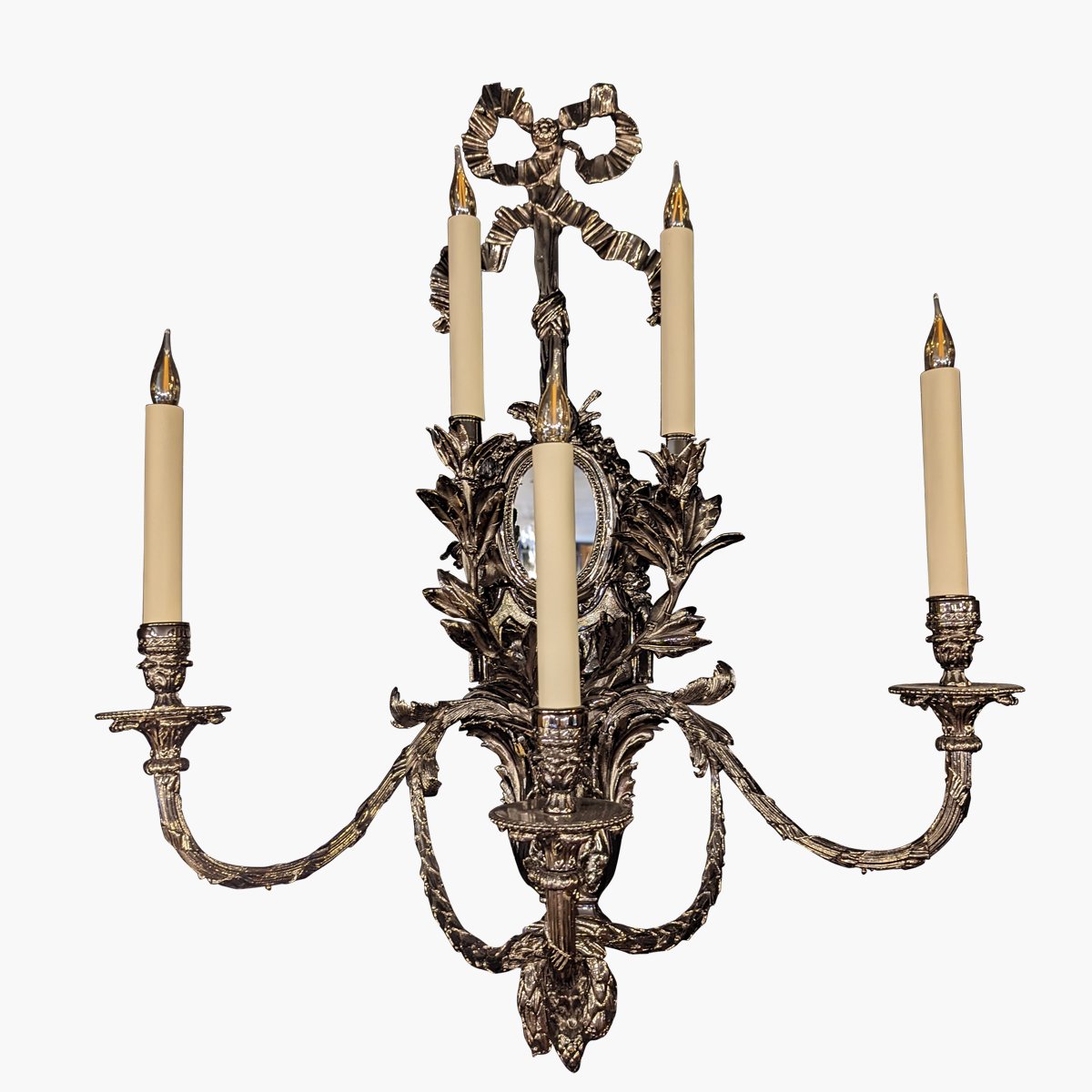 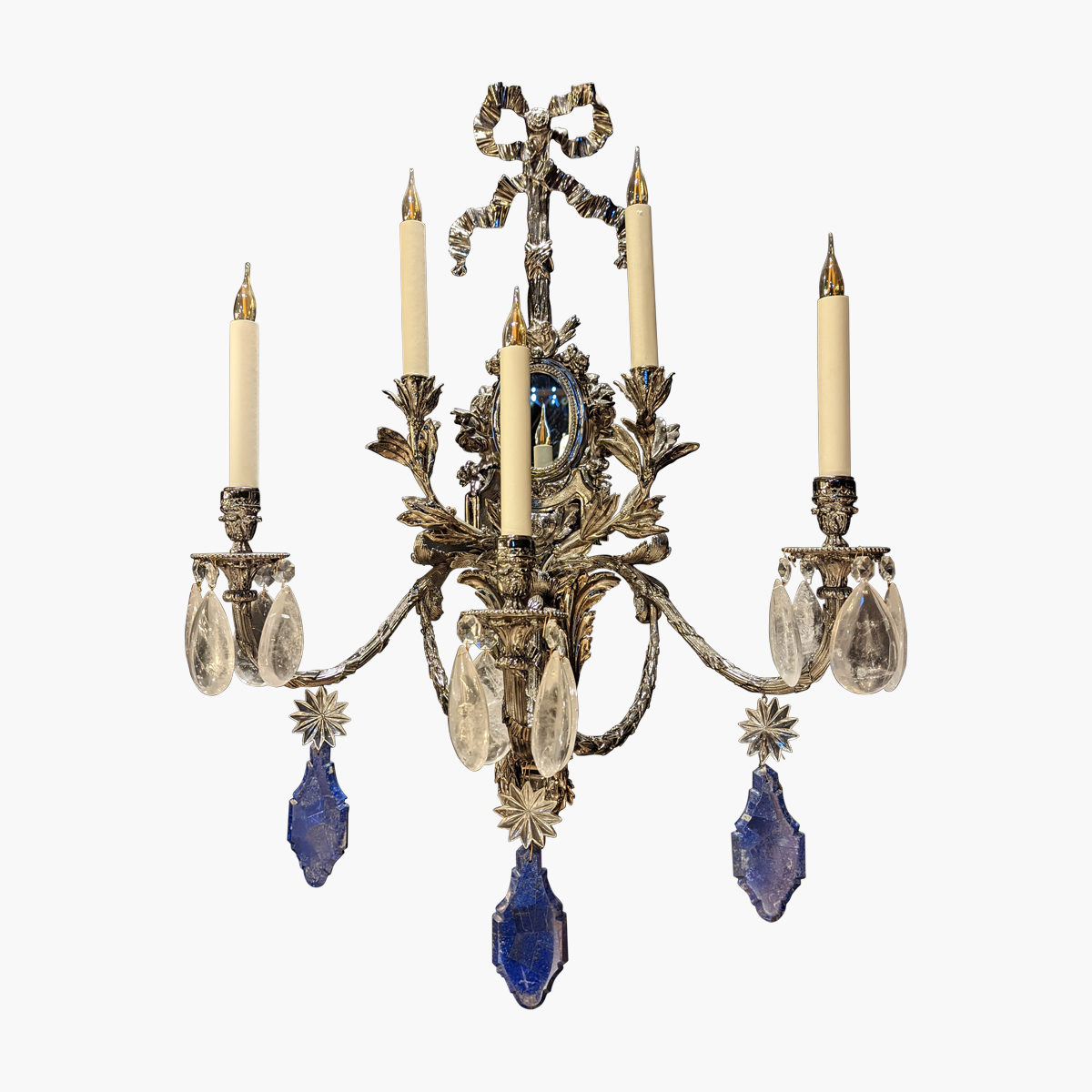 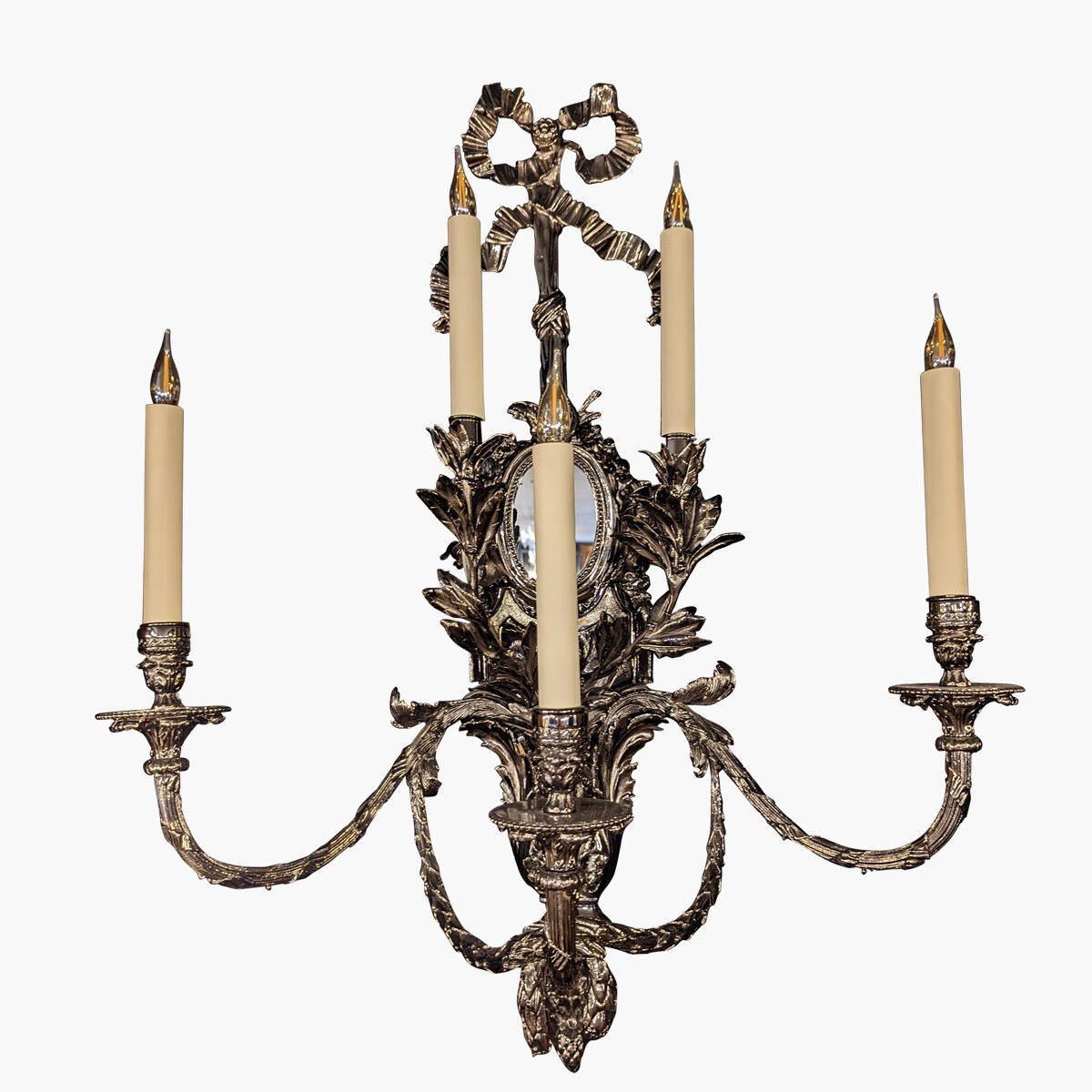 This sconce skillfully blends several motifs and influences of the great goldsmiths of the eighteenth century.
The mirror on the one hand, which is a reminder of the evolution of lighting at the time. Indeed, the arms of light are imposed at the beginning of the XVIIIth century because of the architectural changes. The mantels have lower shelves topped with mirrors, the arms are then positioned in frames to reflect the light.
In addition, bows, floral decorations and plant garlands were very popular motifs at the time. They can be found on the plates of the ornamentalist Pierre-Gabriel Berthault in the Louvre Museum.
From a bowl bearing a plant bouquet emerges two tiers of light arms. The first one, with three arms, is composed of garlands supporting cups and wicks in the shape of flower buds.
The second one, more vegetal, with two arms, imitates two stems of foliage whose flowered ends hide a wick.
The whole is surmounted by an oval mirror, itself surmounted by a knot whose curves echo the distribution of the arms.
The ensemble is a perfect example of the transitional style, mixing rocaille floral ornaments with the antiquisite symmetry of the end of the century.
We can compare this wall lamp with the one bearing a mirror in the Bonaparte Museum in Ajaccio, dating from the 18th century.