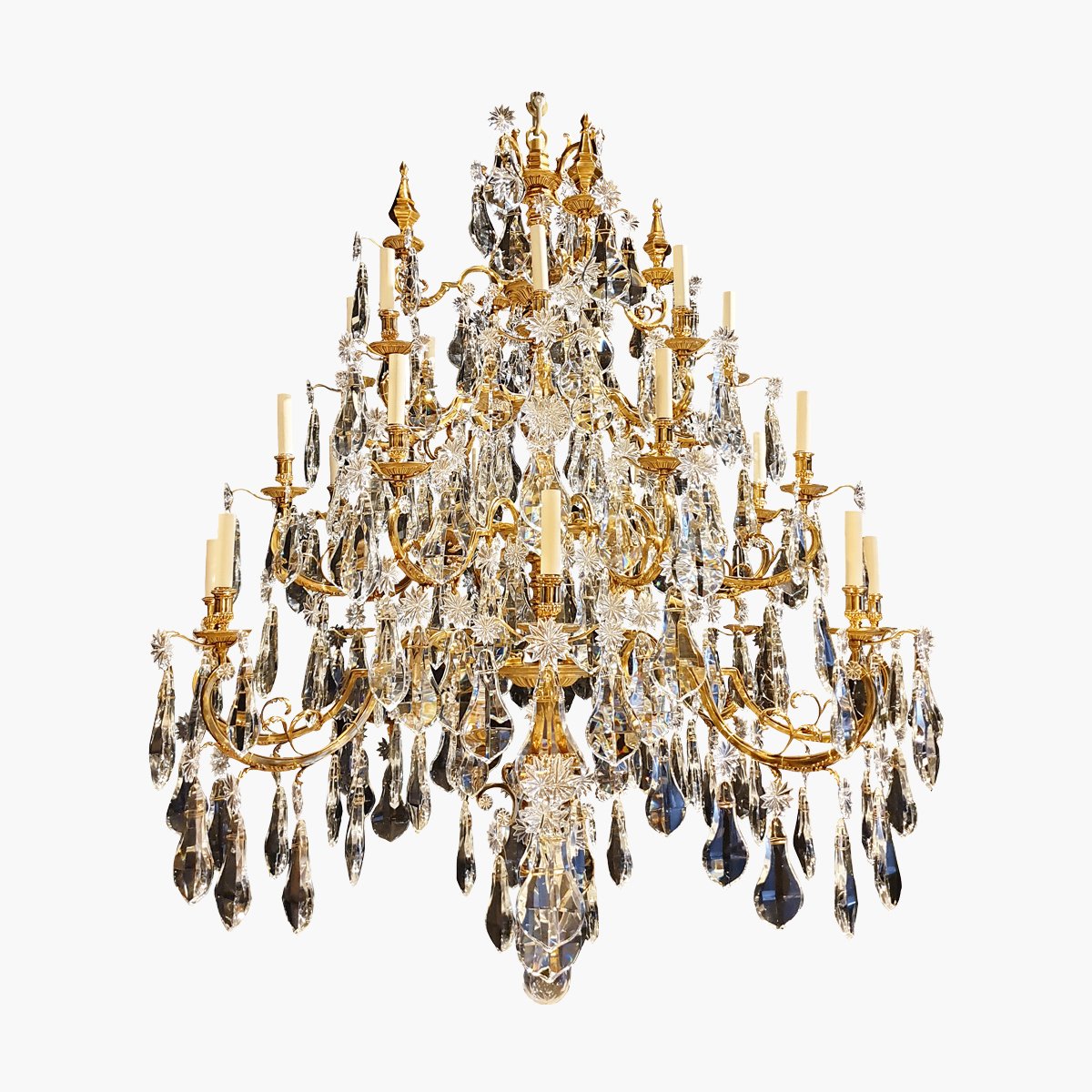 Typical of the 18th century, this model is particularly sumptuous because of the number and quality of the tassels with which it is covered.
Composed of a gilded bronze base with a central shaft that takes the shape of daggers, this chandelier has sixteen arms of light, distributed on two small trays along the central shaft.
The arms, decorated with chiseled vegetal motifs, take the form of those of the chandelier of Giovanni Battista Metellino at the Château de Maisons Laffitte (dating from 1725).
Two ornamental stages surmount the arms, decorated for the first with daggers in gilded bronze and for the second with crystal pendants in the form of rosette and pear. These are repeated throughout the body of the chandelier, without weighing down the whole thanks to the effects of transparency.
A crystal globe, suspended from the central shaft, completes the ensemble.
Achille Fould will use this type of chandelier for the apartments of Napoleon III in the Louvre.