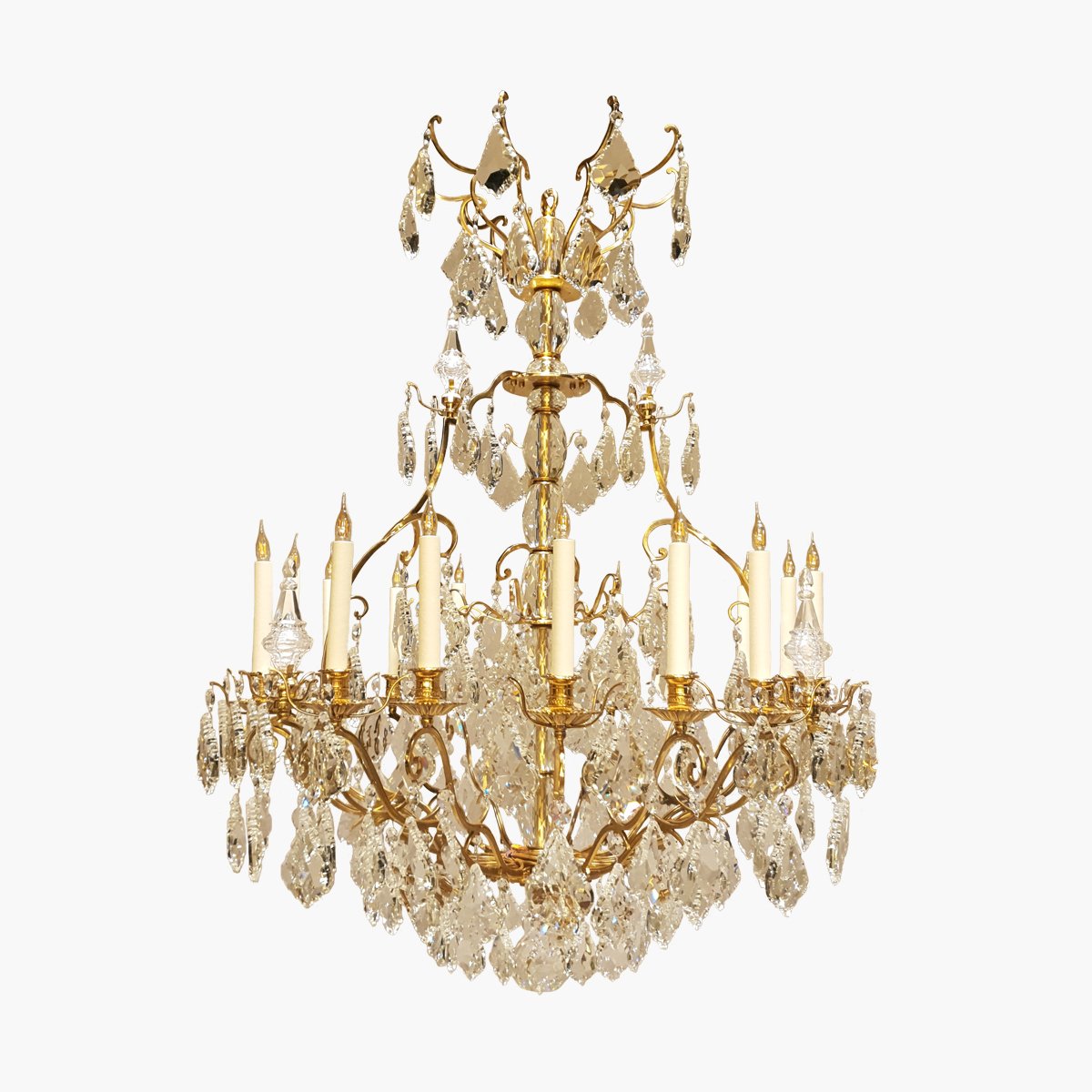 This chandelier is inspired by the one in the antechamber of the Maréchal de Saxe at the Château de Chambord. It is a chandelier cage, model also present at the Chateau of Chantilly (the one of the great singerie dating from the eighteenth century) and Maison Lafitte.

Composed of a central body in the shape of a lyre, this chandelier carries at its base twelve wavy arms of light that support a flower-shaped cup.

The arms are adorned with rosettes and French-style pendants, which are found throughout the body of the chandelier, supported by small metal arms.

A tier of ornamentation in the form of a bowl completes the ensemble.