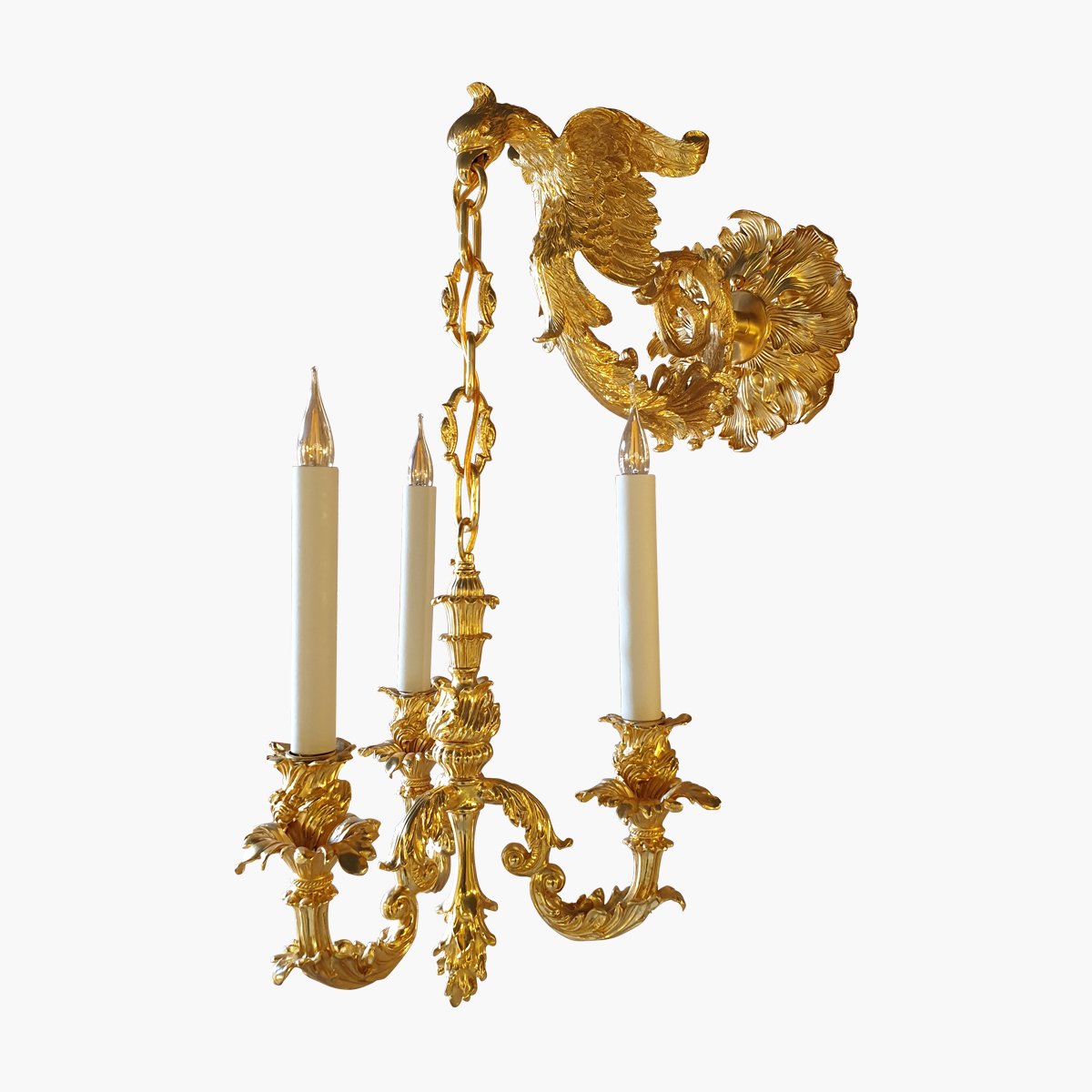 If the base of this sconce, the three arms of light, are of very classical inspiration, close to the model of Joseph Silffred Duplessis dating from 1760 preserved in the Louvre Museum, the rest of the composition is new.
Starting from a finely chiseled flower-shaped light plate, an eagle with its plumage spread out holds in its beak the chain carrying the three arms of light.
The very rectilinear and symmetrical shape of the arms is skilfully balanced by the vegetal ornaments that cover them, whose curves respond to the eagle’s plumage.
The choice of this animal, if it evokes the First Empire, must however be compared with earlier models, like the arms with the eagle and the caduceus at the Palace of Versailles (dating from 1789).