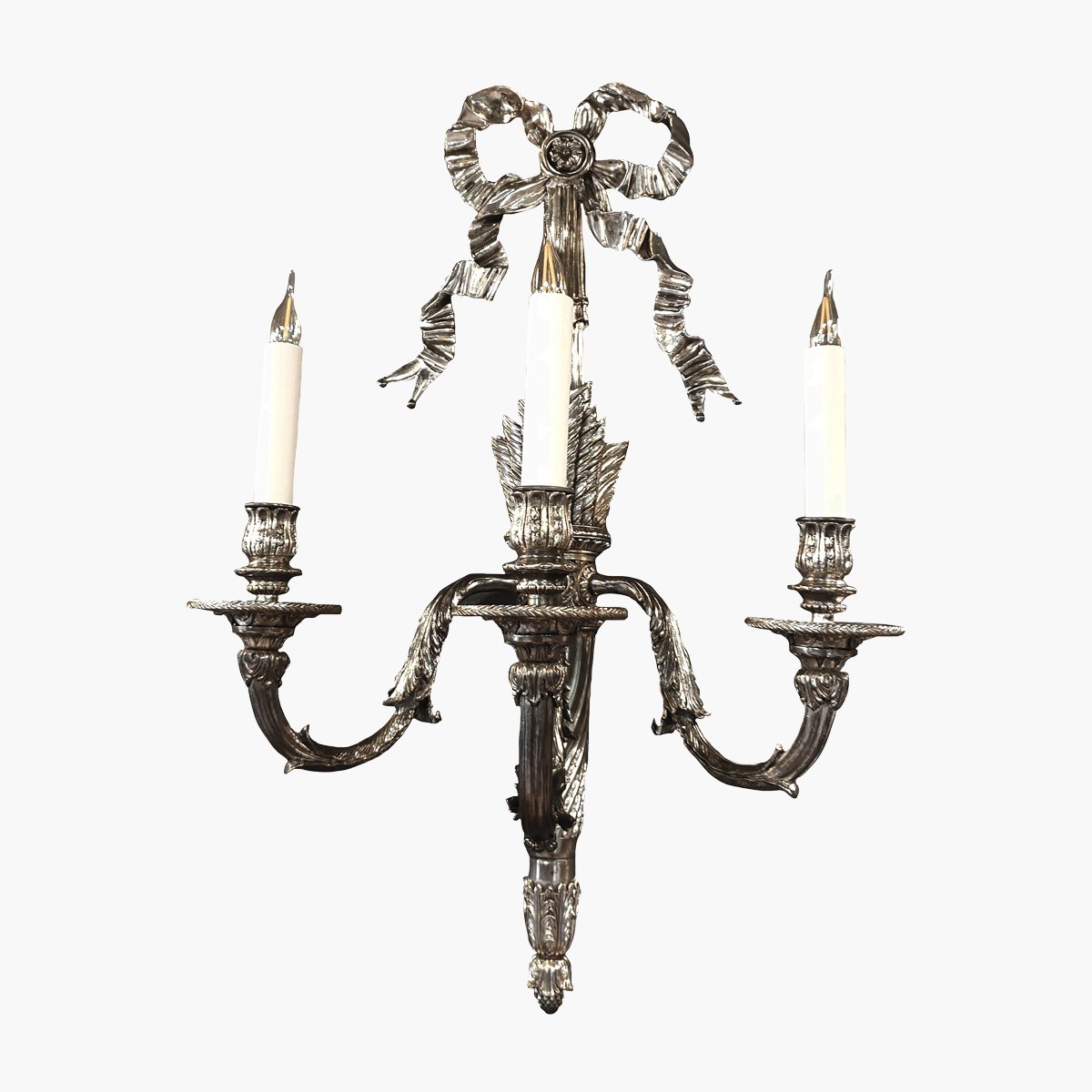 This wall lamp is the declination of the very famous quiver model of the XVIIIth century, probably by Louis François Fauchère.
It can be found in the castle of Compiègne (Salon des jeux de la Reine, Appartement du roi de Rome) but also in the castle of Fontainebleau, and the greatest names (Pierre Gouthière, Pierre-Philippe Thomire, Simon Louis Boizot, etc…) have made variations of it.
The quiver will become a motif of ornamentation for chandeliers and lanterns (on a chandelier dating from 1785 at the Petit Trianon for example).
Surmounted by a knot (a very present motif from the reign of Louis XV, taken up by Charles Garnier on the sconces of the Opéra-Comique in Paris), this sconce is composed of a finely chiseled quiver with arrows from which three arms of light emerge.
These arms are composed of a flat cup that allows to reflect the light and a tulip-shaped wick.
The whole in bronze with an oxidized silver finish