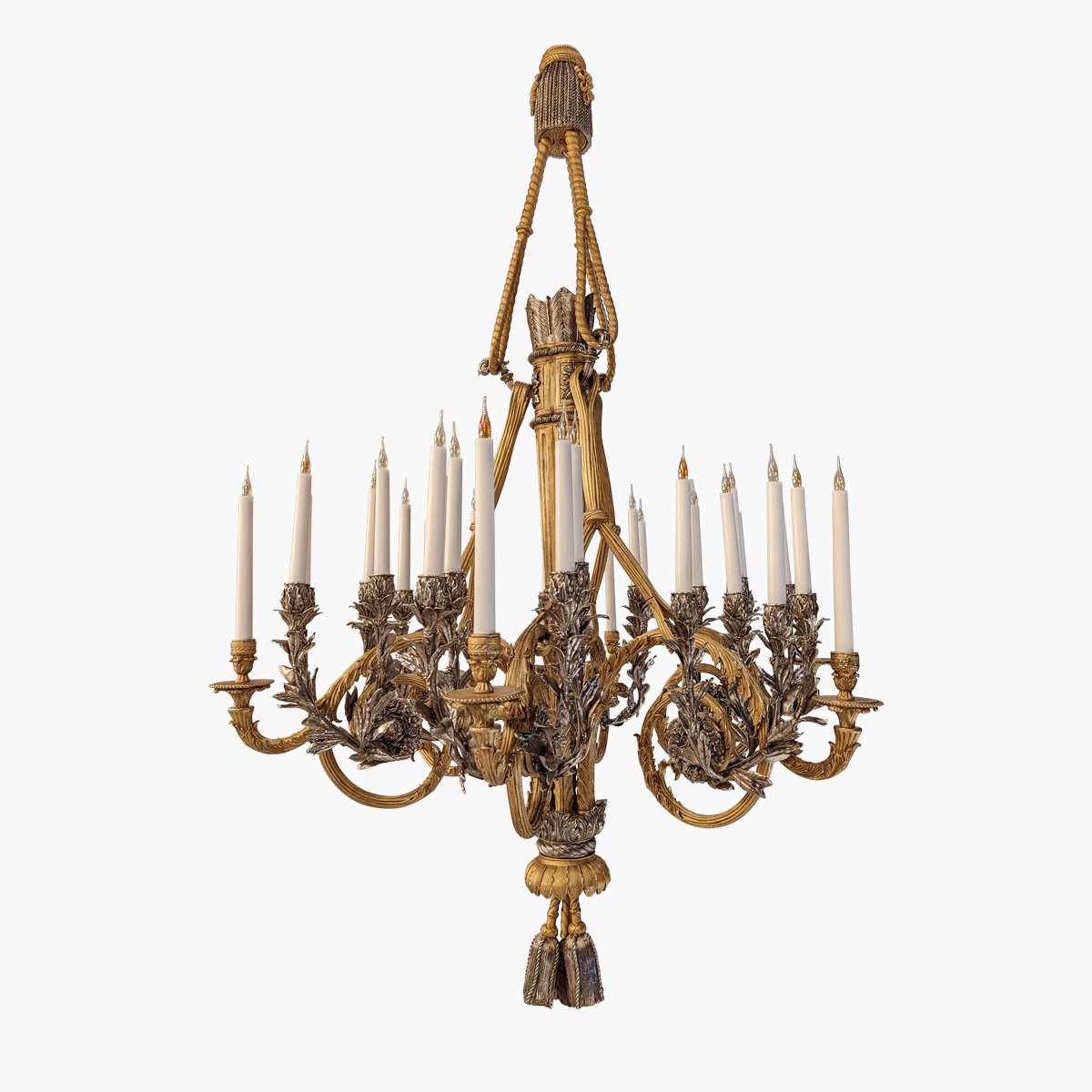 This chandelier is the declination of the very famous quiver model of the eighteenth century, probably by Louis François Feuchère.
Following the success of the initial model, the quiver motif became a very popular ornamental motif. It can be found in the Château de Compiègne (Salon des jeux de la Reine, Appartement du roi de Rome) but also in the Château de Fontainebleau, or on a chandelier dating from 1785 in the Petit Trianon, and the greatest names (Pierre Gouthière, Pierre-Philippe Thomire, Simon Louis Boizot, etc.) have made variations on it.
Surmounted by a wrought quiver, on the model of that of Pierre Gouthière dating from 1781 and preserved in the Louvre Museum, six twisted arms of light each carry five candles.
The farthest candle of each arm is placed on a plant garland supporting a cup and a wick in the shape of a flower bud. The other four candles are supported by leafy stems whose flowery ends conceal a wick.
Bronze ribbons on the model of the arms of light of François Rémond of 1786 of the Castle of Versailles connect the arms to the central quiver. Two tassels complete the set.