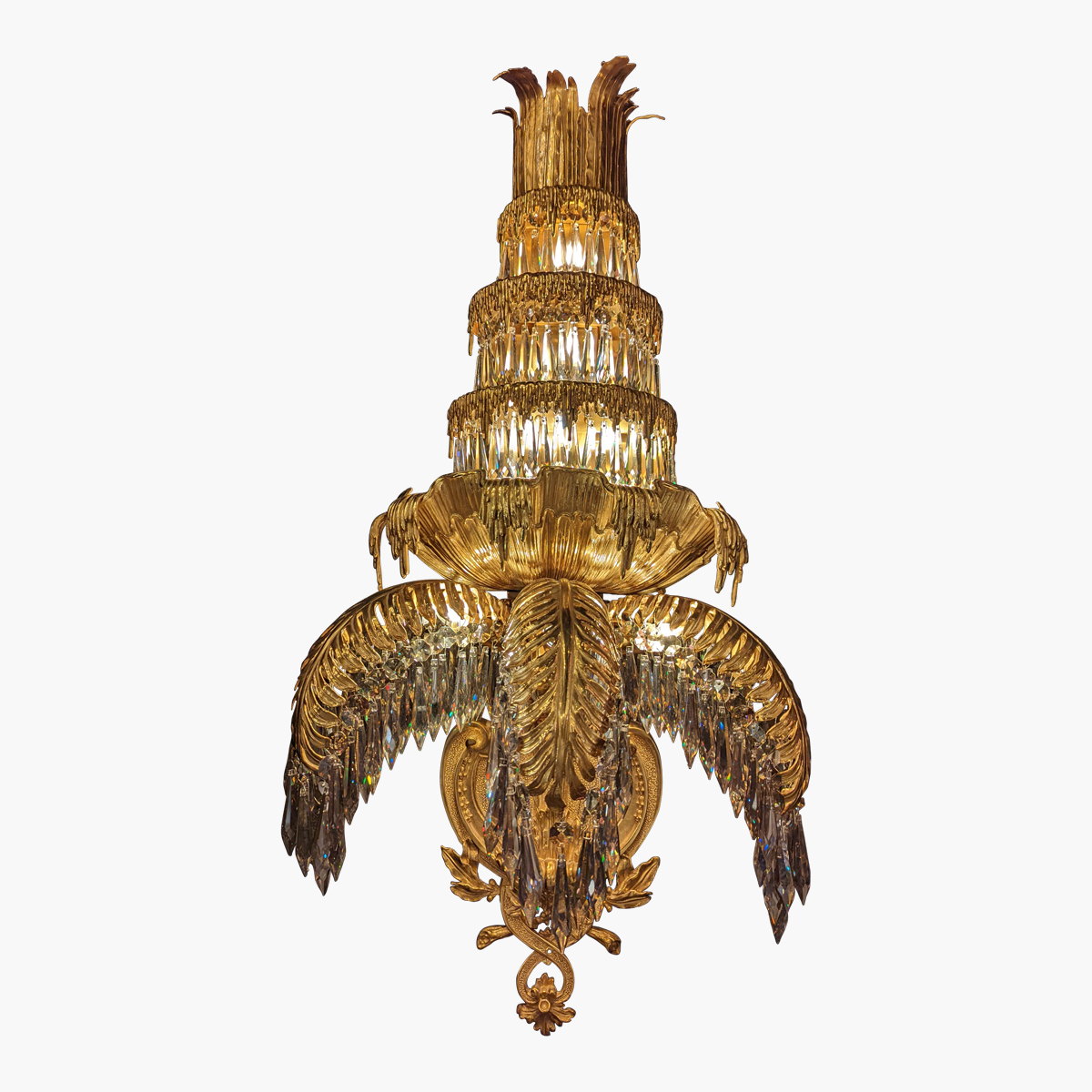 This wall lamp is inspired by a chandelier model of Josef Hoffmann (architect and designer member of the Viennese Secession).
Indeed, the lower part of the sconce, composed of three palm leaves adorned with drops, is close to that of the Austrian architect’s successful model.
However, the composition is more complex than its original.
A light plate, whose ornaments recall the eighteenth century, completes the stage of palms, itself topped by a shell. The latter opens on three floors in half-crown, decorated with drops.
These crowns are reminiscent of the chandeliers of Central European countries (one thinks of the chandelier of Werner and Mieth in the Russian taste, dating from the nineteenth century and preserved in the Mathieu Museum), as well as the edges of the shell take the form of lava flow.
Skillfully mixing these three parts, this wall lamp offers a very soft light, thanks to the crystal drops acting as a louver.