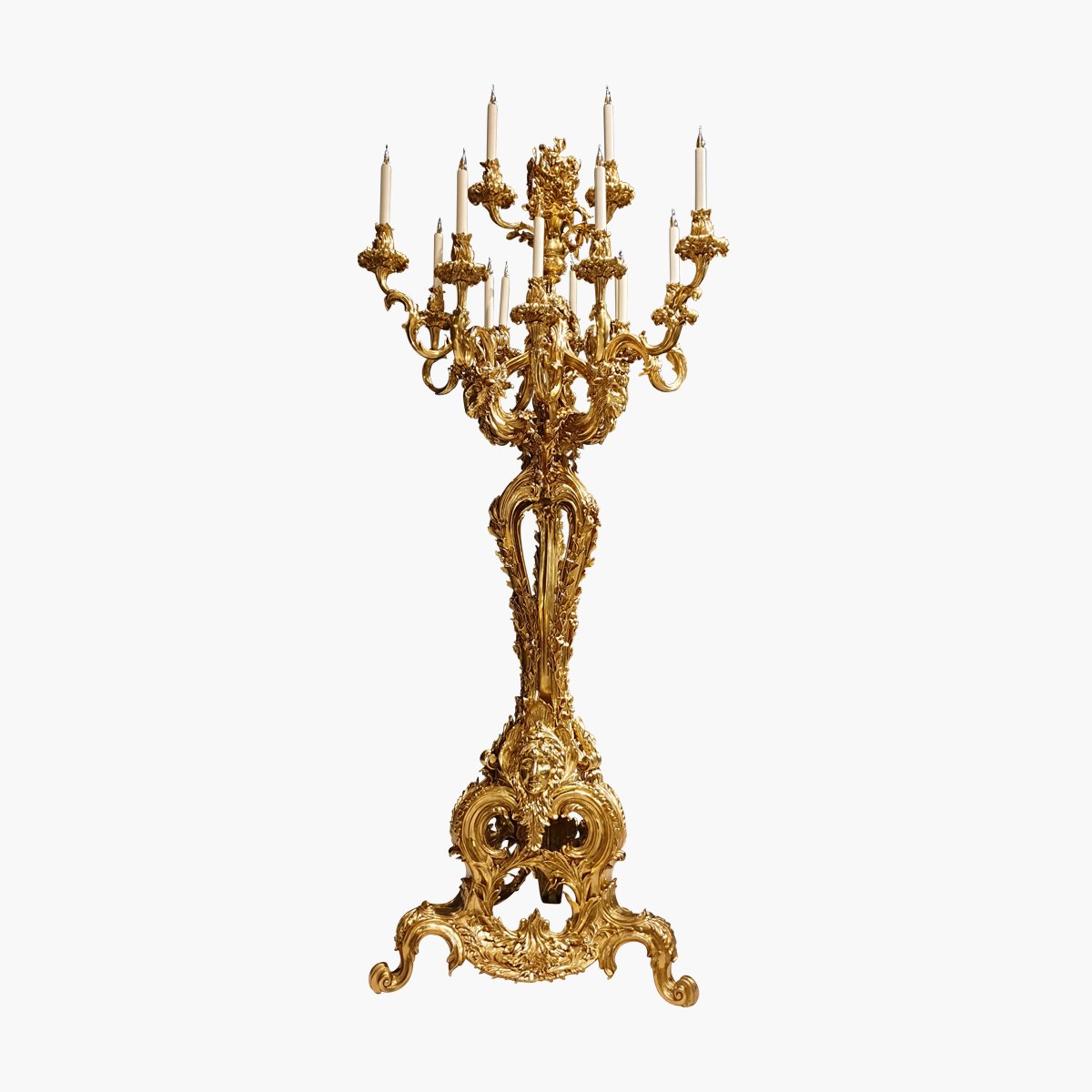 Very important candelabra, in the shape of door girandole, in bronze. It presents fifteen lights on two floors. The openwork baluster shaft supports ram’s heads, with ivy leaves. The scalloped base, of rocaille form, simulates a waterfall and a grotto, underlined by clasps. Tripod base with scroll.
Louis XV style, end of the 19th century.
This candelabra of extraordinary dimensions is one of the most spectacular creations of the second half of the 19th century and its monumentality echoes the work of the famous bronze smith Pierre-Philippe Thomire, in particular some of the torchères delivered by the craftsman to the Imperial Furniture Guard.