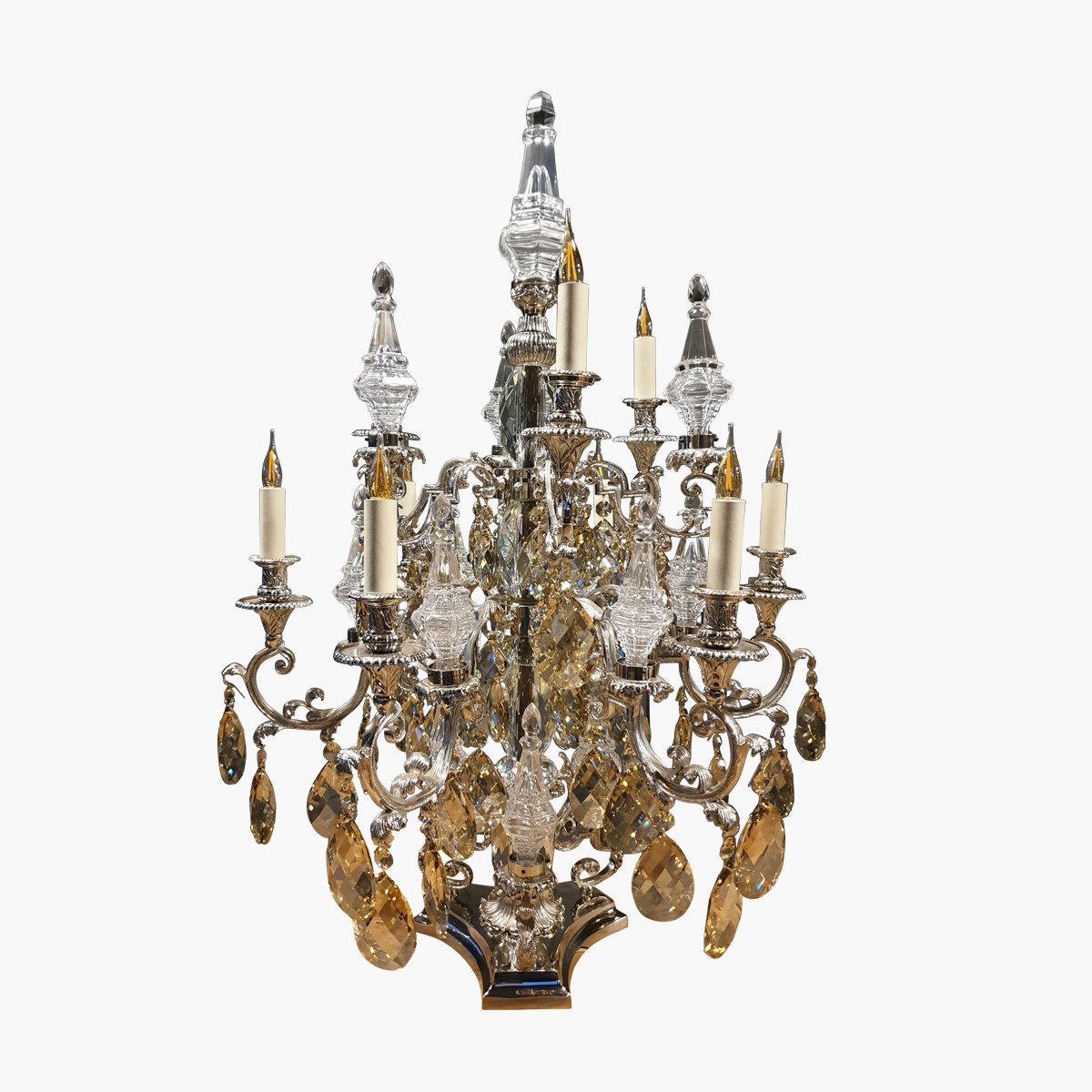 This model of girandole with 9 lights skilfully marries the references to the girandoles of the XVIIIth century (one thinks of the rock crystal series of the Louvre dating from 1750 or the one of 1808 made by Thomire and preserved in the castle of Fontainebleau) to a modern composition.
On a central stem decorated with crystal balls and surmounted by a crystal dagger, nine arms of light are distributed on two levels.
The latter, formed by inverted spirals in bronze, are also adorned with daggers in their center, to which those on the base respond.
The economy of the tassels, present only on the lower arms, to the profit of the daggers, makes it possible to avoid the overabundance of the girandoles of the XVIIIth century and to gain in lightness.