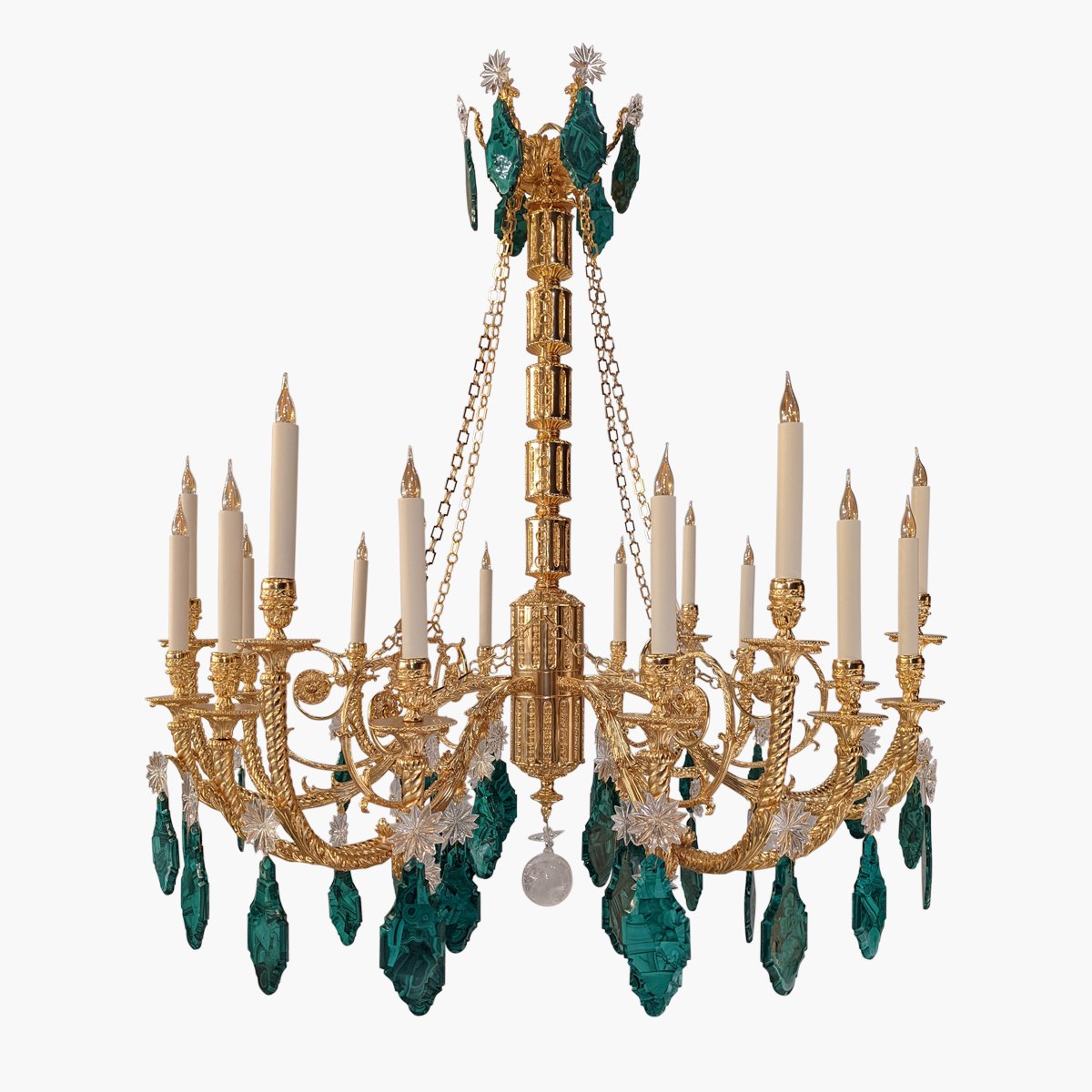 This chandelier is typical of the chain chandeliers of the 18th century, as for example the arabesque chandelier of the Palace of Versailles dating from 1780, which also presents similar arms of light, or the one of the same year with sixteen branches, preserved in the Louvre museum.
Inspired by the Louis XVI style, it combines a finely chiseled bronze with a greater simplicity in the ornaments.
Composed of a central shaft decorated with glass beads, this chandelier has eighteen arms of light distributed in a circle.
The latter, in the form of tree scrolls, have a flat cup and a flowering spiral in their center.
This last one connects the level of the light arms to the ornamental floor thanks to chains.
Rosettes and malachite pendants adorn the arms.
The ornamental floor which overhangs the whole, is itself decorated with tassels, at the birth of the chains of ornaments.
The ensemble creates an effect of lightness and softness thanks to the thinness and curves of the light arms.