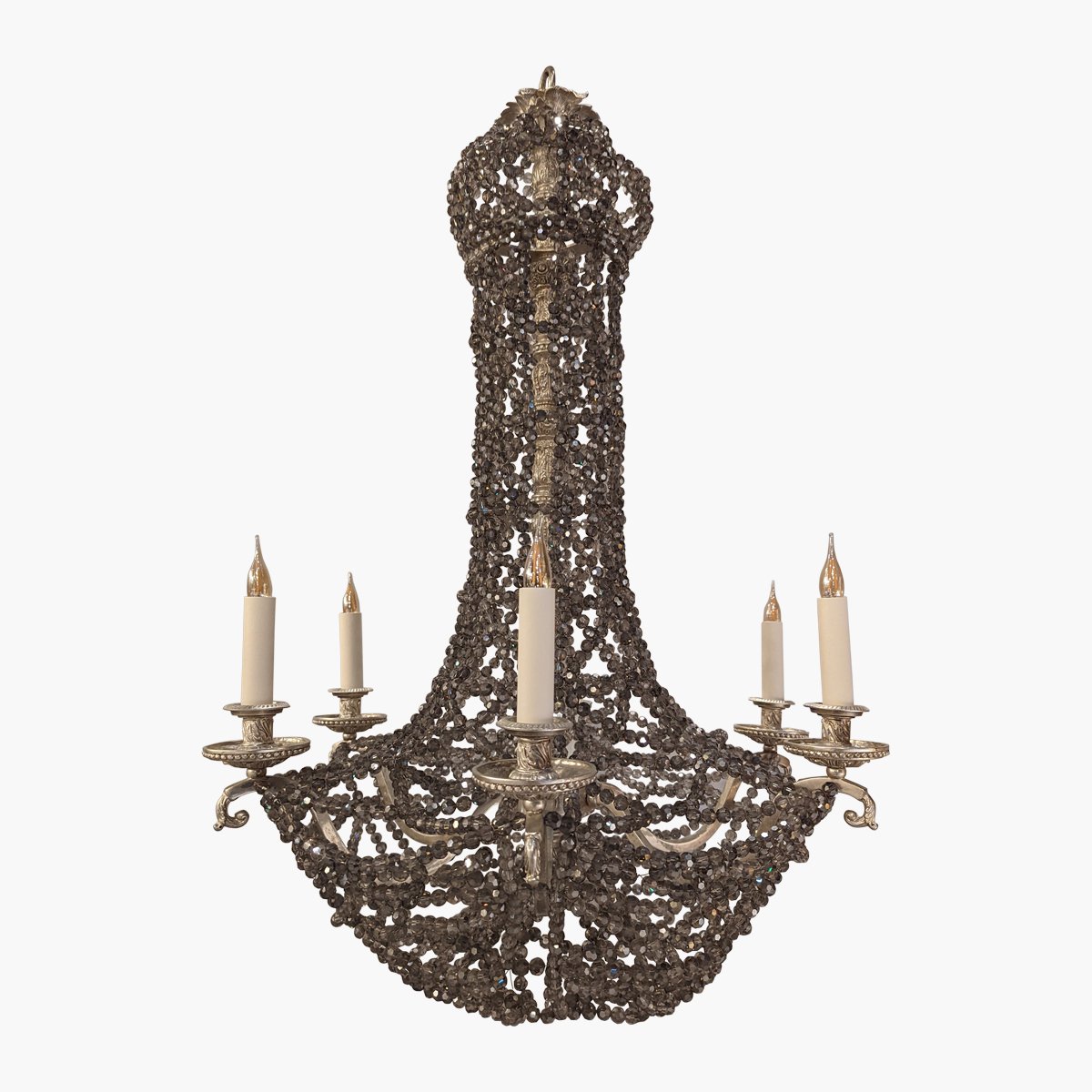 This chandelier, decorated with a real lace of crystal balls, is typical of the balloon models (then simply called lace chandelier) of the 18th century.

It can thus be linked to the one in the king’s apartment at the Château de Versailles.

On a structure with a central shaft, finely chiseled, that one guesses by its golden splinters, six arms of light emerge from the assembly of lace.

The spiral curve at the end of these carries a cup and a wick in the shape of a cup.

A crown, formed by the laces, completes the set.