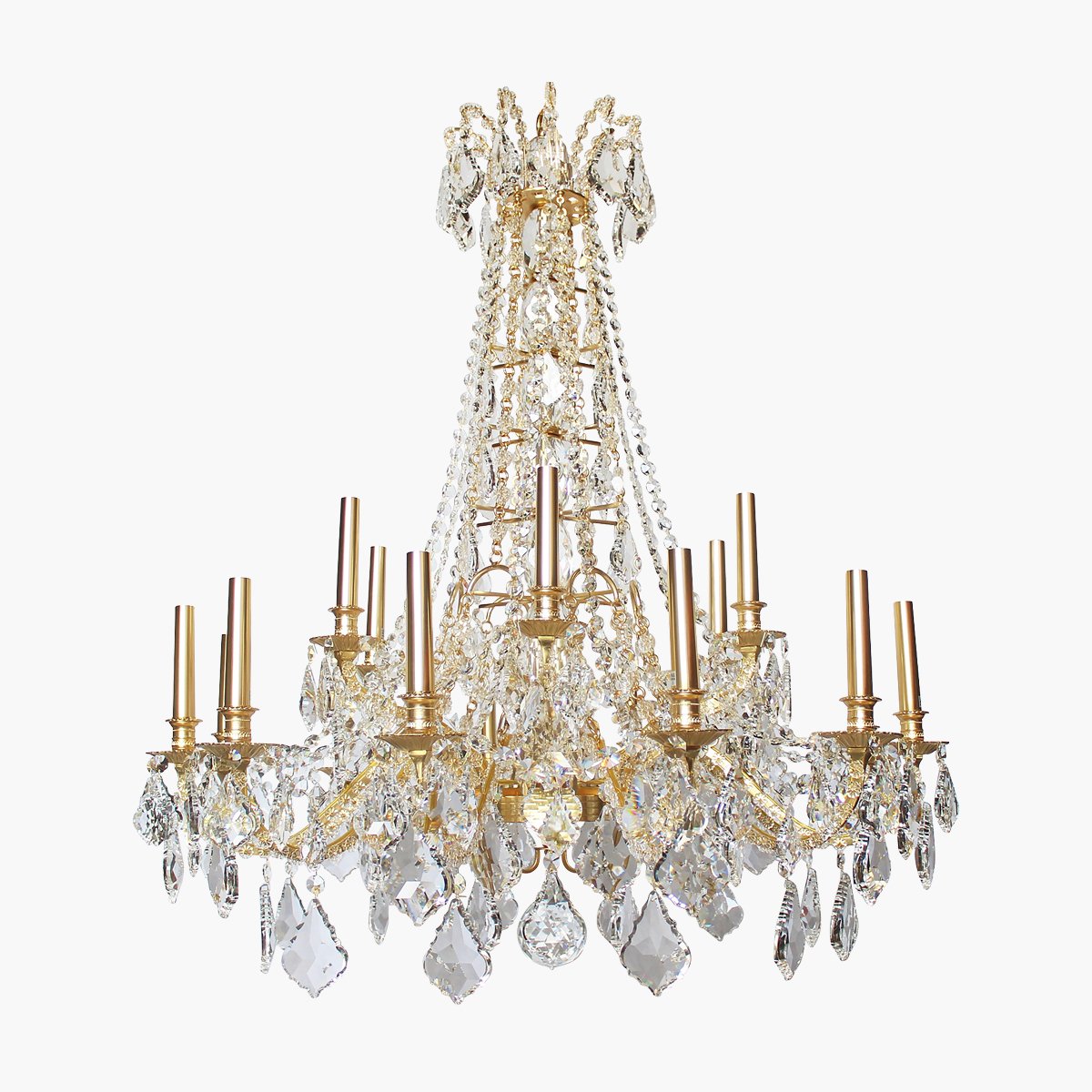 This chandelier, with eighteen lights, is inspired by the lace chandeliers that appeared in the 18th century, examples of which can be found at the Château de Fontainebleau or at the Trianon (such as the chandelier by Benjamin Ladouèpe de Fougerais from 1809).

It is composed of a central shaft dressed with glass beads at the base of which leave the arms of light decorated with rosettes.

The arms support a cup in the shape of a flower in the center of which a finely chiseled bobèche bursts out.

The arms also carry in their center and on the perimeter of the cups of diamond-shaped crystal pendants.

An alternation of chains and laces link these arms to the ornamental floor which overhangs the whole, composed of small arms hanging carrying the tassels.

The pyramid-shaped ensemble skillfully blends the golden finish with the transparency of the crystals that mask the frame.