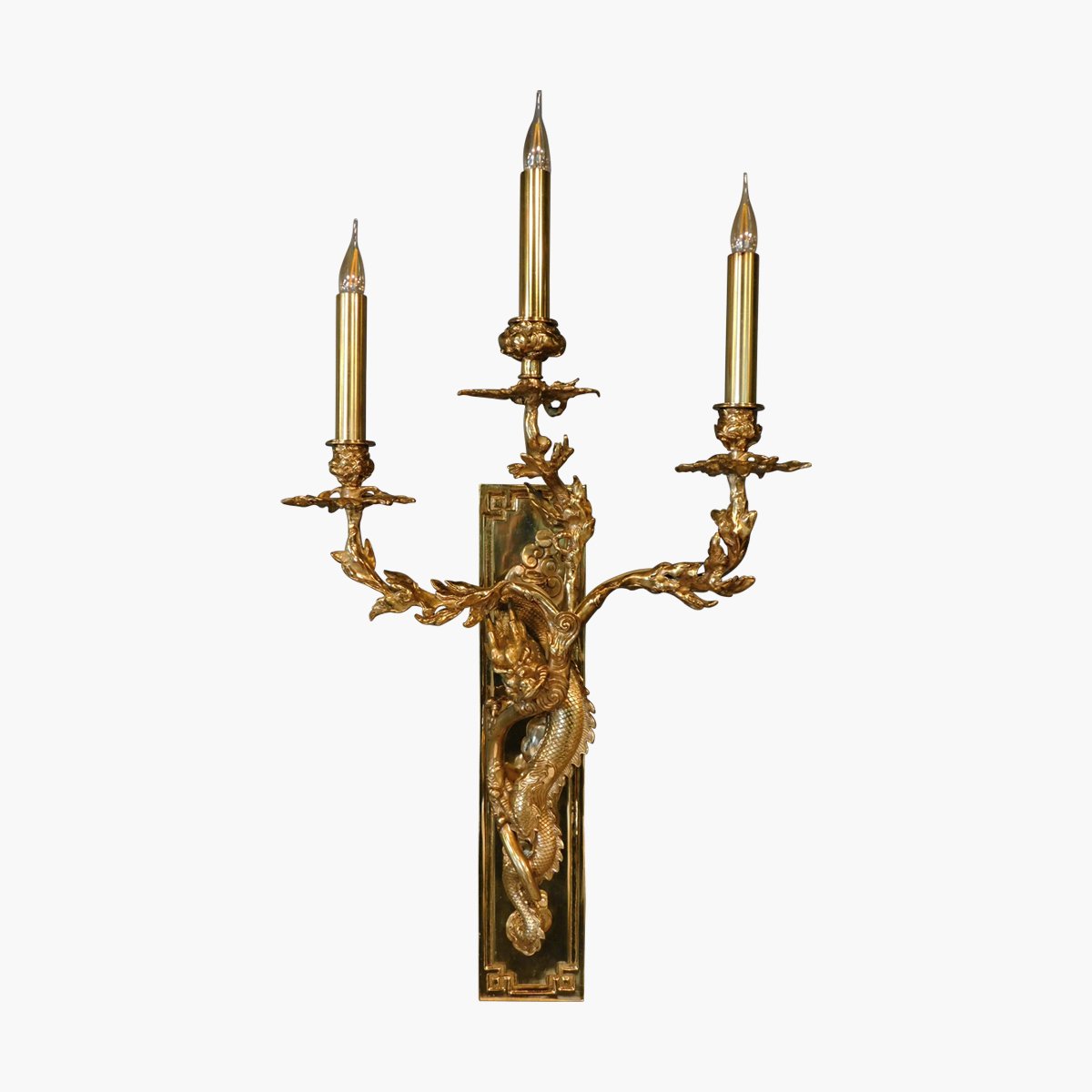 Faithful to the fashion of Japaneseism at the end of the 19th century, this model is inspired by the works of Edouard Lièvre (1828-1886), a major contributor to this movement within the Decorative Arts.
This wall lamp is thus the audacious marriage of a floral-inspired arm of light, typical of the Louis XV style of the first 18th century, and a Japanese-style dragon, in the spirit of the works of Edouard Lièvre. It is composed of a plate from which three arms imitating scrolls covered with oak leaves rise up, surmounted by a star-shaped cup bearing a poppy flower-shaped wick.
The body of the dragon comes to coil around the scrolls.