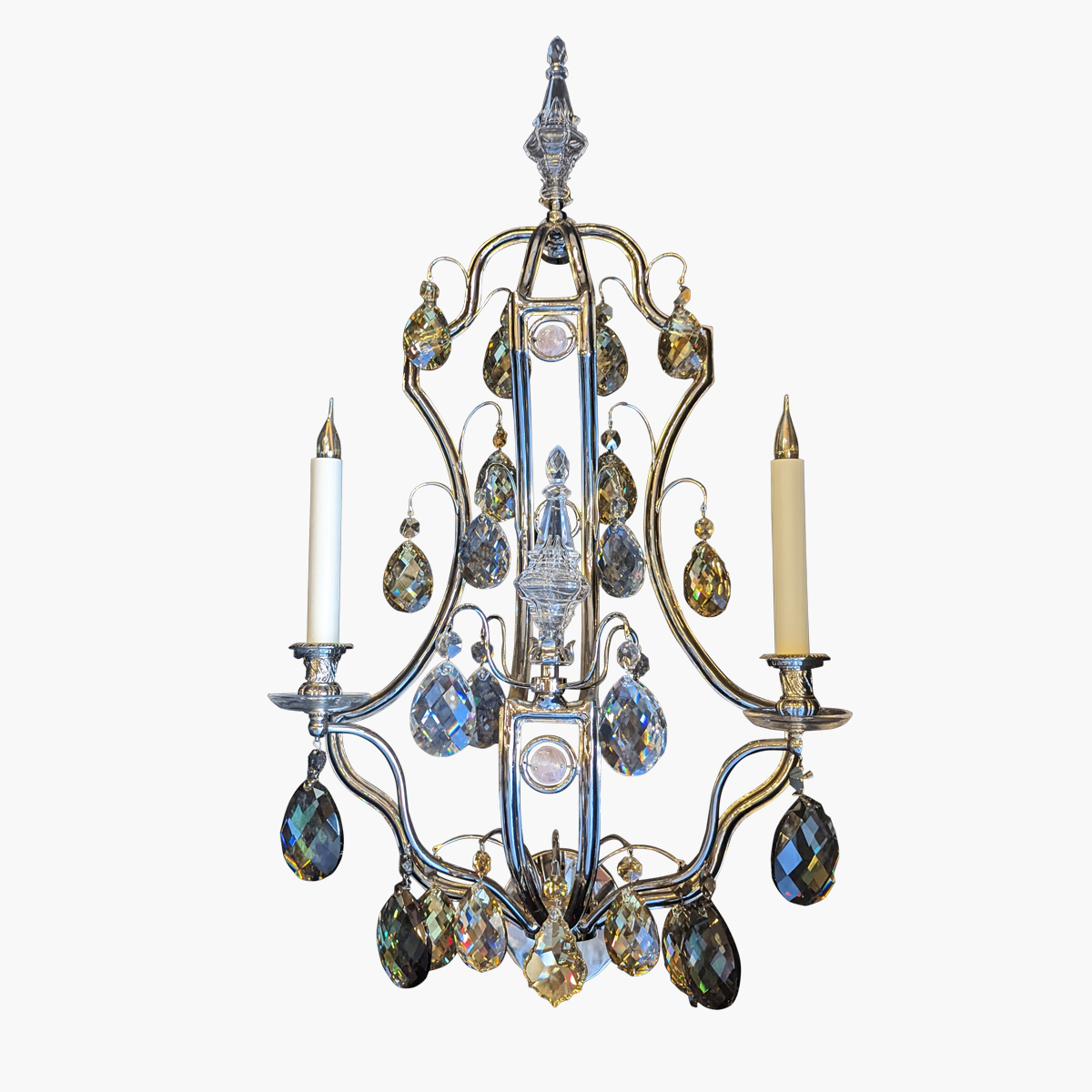 This wall lamp is a declination of the fashion of the half-lustre of the XVIIIth century. Between the chandelier and the arm of light, these atypical lights were very appreciated by Marie Antoinette who ordered them in 1786 for her boudoir in the Fontainebleau castle.
This model takes the shape of a violin from the chandelier of the Pope’s apartments in the Château de Fontainebleau.
Its originality also lies in the play of transparency offered by its ornaments, rock crystal pendants in the form of a drop supported by small bronze arms, and two daggers that form a pyramid with the two arms of light.
These arms, which rise from the lower floor, are composed of a crystal cup and a chiseled bobber.
It is also worth noting that the two dagger-shaped crystal pendants can be found in the series of thirteen candelabras dating from 1862 in the Louvre Museum.