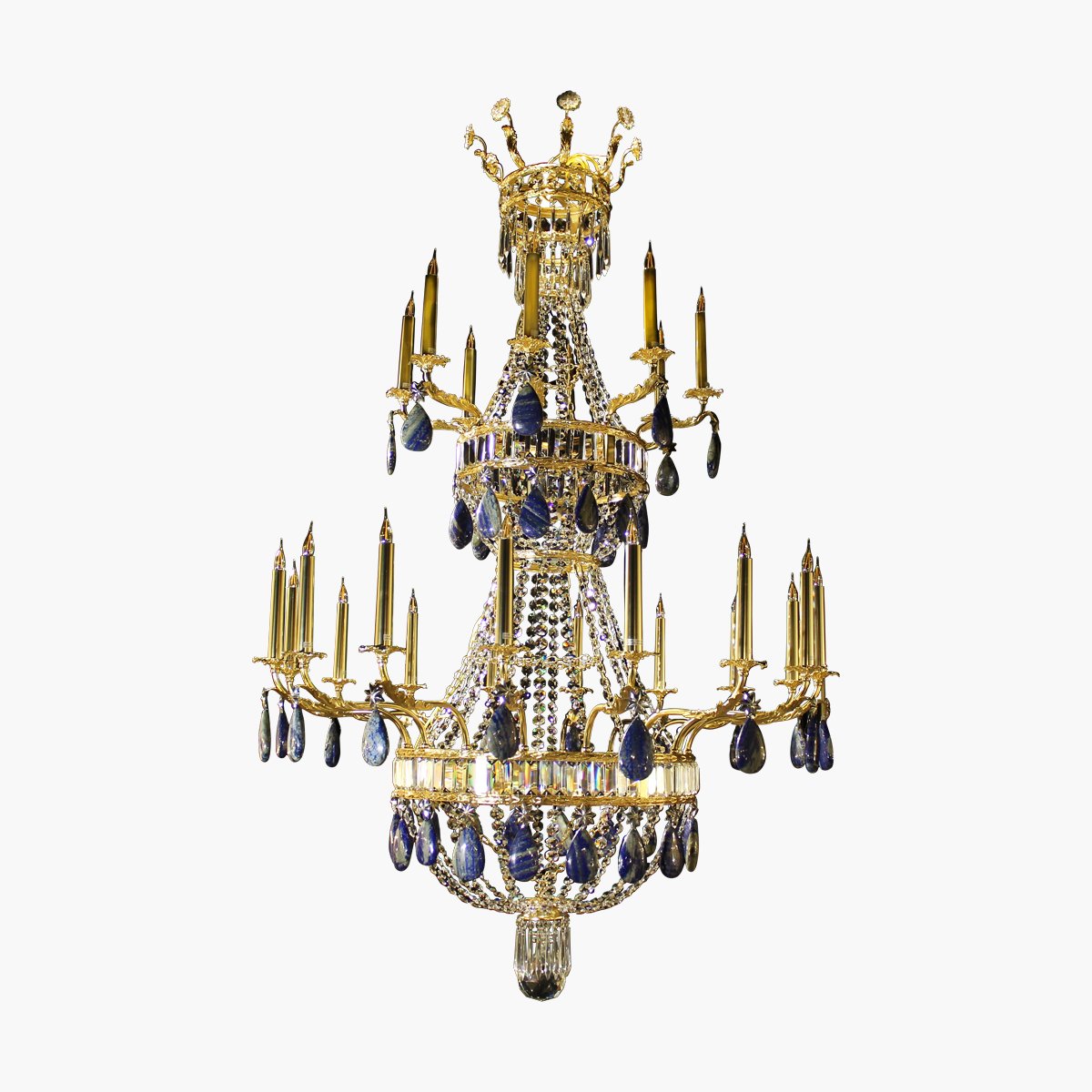 This chandelier is a reinterpretation of the Louis XV style (with its three floors in the form of a capped eight) but also of the First Empire style (with the balloon models with metal crowns).

Mixing these two inspirations in an original creation, it is composed of two superimposed hot-air balloons, surmounted by a floor of drops and small arms with rosettes.

Two crowns in gilded bronze come to carry the twenty-four arms of light.

The whole is magnified by the laces that adorn the two balloons and by rock crystal pendants.

Crystal rosettes and a globe surrounded by a dagger complete this assembly.

The chandelier in the empress’s bathroom at the Château de Fontainebleau, dating from 1809, also offers an eloquent parallel to the balloon model with a metal crown.