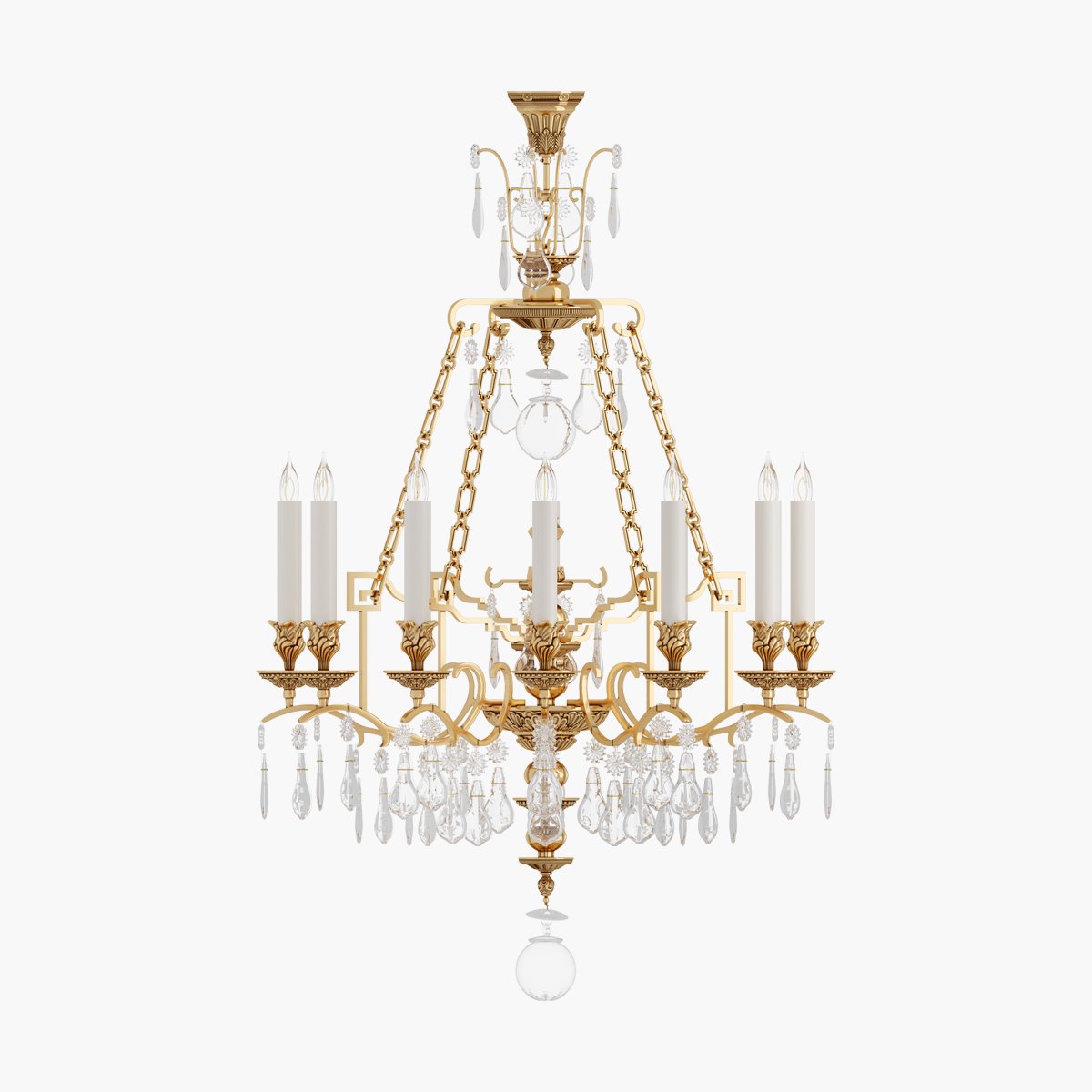 This chandelier is an original variation of the chain models that could be found in the 18th century, like the one with the torch, from the Louis XVI period, in the Palace of Versailles.
On a central openwork bowl surmounted by a metal dagger, twelve arms of light are distributed.
These support each a cup in the center of which blooms a flower bud.
Four arms starting from the central dagger connect, thanks to chains, the central cup to a small tray decorated with rosettes and tassels.
These same tassels are repeated under the cup and on the arms of light.
This composition creates two superimposed parts, a first one in bronze, very light by the spacing of the arms and a second one in crystal, more filled, like a forest.